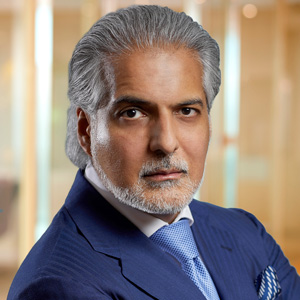 Arif Bhalwani is Chief Executive Officer and Managing Director of Third Eye Capital Management Inc., and a member of its Investment Committee. He is also a founder and President of Third Eye Capital Corporation (“TECC”), an affiliated originator, underwriter, servicer, and manager of senior, secured commercial loans. Prior to founding TECC, Arif co-founded Pinnacle Capital, an early-stage and specialty venture capital firm and registered limited market dealer. At Pinnacle Capital, he led the firm’s investments in both high-growth and out-of-favour sectors of several industries including telecommunications, media, technology, biotechnology, advanced manufacturing, energy, and financial services. Prior to that, Arif was a major shareholder and director of a large Canadian construction contractor that he helped turn around and eventually sell. He has also founded, managed, and sold companies in the retail automotive and computer services industries.

Arif serves as a member of the CFA Institute, the Canadian Venture Capital and Private Equity Association, and the Turnaround Management Association. He is also a Director of the Commercial Finance Association.

Mr. Bhalwani received an MBA from the Queen’s School of Business, completed post-graduate studies at Harvard Business School, and holds his CFA designation.