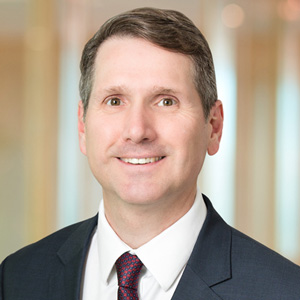 Mr. Waterson brings over 10 years of financial management experience to the Trust. Prior to joining the Manager, Mr. Waterson worked as a Senior Supervisor at the Office of the Superintendent of Financial Institutions (Canada) (OSFI), where he was responsible for monitoring and conducting risk assessments of Schedule I banks. From 2000 to 2001, Mr. Waterson worked as an Analyst in the Investment Banking Group at Charles Schwab Canada, Co. where he was responsible for the initial review of prospective transactions as well as detailed due diligence, including analysis of financial models and business plans. Prior thereto he held several positions within the TD Bank Financial Group from 1996 to 1999, including two years as an investment advisor with TD Evergreen. Prior to his tenure as an investment advisor, Mr. Waterson held the position of Analyst, Finance at TD Bank Financial Group where he provided analysis and recommendations on a variety of financial issues and transactions such as securitization programs, and was involved in the management of TD Bank Financial Group’s regulatory capital.

Prior to his tenure at TD Bank Financial Group, Mr. Waterson held auditing positions at Deloitte & Touche from 1992 to 1994, and in the Office of the Provincial Auditor of Ontario from 1994 to 1996. Mr. Waterson holds his CFA Designation, and CPA, in addition to a B.Sc. from the University of Waterloo.