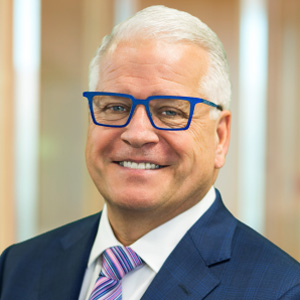 Wayne Ehgoetz is the President and Chief Executive Officer of Waygar Capital Inc.  He has spent over 30 years in asset-based lending in Canada.  From 1988 to 1992, Wayne led Stanchart Business Credit, the first asset-based lender in Canada.  Stanchart was acquired by ABN Amro Bank and he continued to run the organization until leaving to start Congress Financial in 1992.  During the next 15 years, Congress became the largest asset-based lender in Canada.  In subsequent years, Congress Financial rebranded to Wachovia.  As President and CEO of Wachovia Canada, Wayne had full responsibility for both the Canadian as well as International operations.  He retired from Wachovia and was recruited by Bank of Nova Scotia to start its asset-based lending capability.  Over the next 6 years, as Managing Director and Group Head, Scotiabank became the second largest asset-based lending group in Canada.  Wayne retired from Scotiabank in the fall of 2014 to join Waygar Capital Inc. He has served on a number of public and private boards including past Chairman of the Toronto Community Care Access Centers as well as President of Canadian Commercial Finance Association.  Wayne has a Bachelors of Arts (Economics) from the University of Western Ontario (1982) and a Bachelor of Commerce from the University of Windsor (1984).