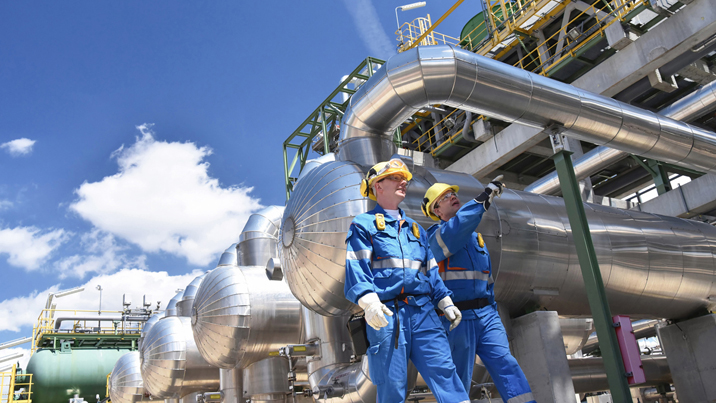 Our oil industry could become ‘global oil supplier of choice,’ producing one of world’s most ethical, emissions-advantaged barrels

For too long, the Canadian oil industry has willingly served as the proverbial punching bag for environmental groups looking to tar it with images of oil-slicked ducks and gigantic, oozing tailings ponds reminiscent of some hellion children’s tale.

Guilty of chronic pacifism and an unwillingness to stand up to the equivalent of the school-yard bully, the oil industry has allowed others to own the narrative.

Now, sullied with the reputation of being an environmental bad actor, investment capital has fled and, consequently, oil stocks are being valued at generational lows.

Furthermore, in a world where governments seek to reach net zero by 2050, the lack of recognition by policy leaders of the importance of the sector leaves it exposed to poorly crafted government policies.

Given calls for aggressive climate action and the perception of being “high cost, high emissions,” what is the future of Canadian oil producers in a rapidly decarbonizing world?

The reality is that the Canadian oil industry’s environmental stewardship is world class, and very different from the fictional stories crafted from energy ignorance, yet all too commonly told. Rather than the image of stream-polluting, forest clear-cutting, emission-spewing parasites who seek nothing more than to maximize profit, would you be surprised to hear that the oil and gas sector is the largest investor in clean technologies of any sector in Canada?

Or that when oil was first discovered in the North Sea, the U.K. government chose to model its newborn environmental policies after Canada, given our reputation (then and now) for environmental excellence, at least within the more informed industry circles?

How can anyone suggest that Canada’s environmental standing is subpar when the partial construction of a multi-billion dollar oil pipeline deemed to be in the national interest is delayed by four months on account of the migratory season of the common hummingbird?

Despite our many strengths, the one area of legitimate criticism is the resulting emissions from oilsands production. While critically supplying 3 per cent of the world’s oil, our oilsands produce more emissions per barrel than the global average due to a unique requirement to liberate oil from sand and make it mobile underground and in pipelines.

Oilsands emissions annually amount to 70 megatonnes of CO2, equivalent to 0.1 per cent of worldwide emissions, or roughly the equivalent of emissions generated by Morocco.

In a decarbonizing world, the industry is under enormous pressure to reduce emissions intensity. As a result of significant investment and ingenuity, oilsands emissions intensity has already fallen by about 20 per cent over the past decade and several of the newest projects to come online such as Fort Hills and Kearl oilsands facilities that utilize modern-day technologies sit below the global average. Yet more work needs to be done.

Given the success so far, is it possible that our aggregate oilsands production could achieve sub-average global emissions levels or potentially even achieve “net zero” status?

The exciting answer to this is: yes.

Progress to date in lowering emissions intensity has come from a variety of initiatives and refinements such as the drilling of infill wells, more efficient usages of steam, high pressure downhole pumps, and solvent deasphalting.

While pilot projects continue to evaluate using a substitute to steam in SAGD production that could potentially lower emissions intensity to half of the global average, conclusive results on its economic viability are still pending.

Canada has the fourth largest potential carbon sink in the world, given geology and historical production, and is already a centre of excellence in liquids extraction (and injection).

Furthermore, while many companies are pursuing different versions of carbon capture, a newly formed company called Entropy may have achieved an infield technological breakthrough for modular carbon capture and storage. Validating this, Athabasca Oil Corp. in April signed a memo of understanding to evaluate using its technology to potentially develop Canada’s first “net-zero” oilsands production — think of the implications.

I believe oil demand will grow for at least the next decade, yet oil supply growth will remain challenged due to imminent exhaustion of OPEC spare capacity, stagnating global offshore production due to years of insufficient investment, and the end of U.S. shale hypergrowth due to the need to return capital to shareholders, depleting Tier 1 inventory, and now shareholder eco-activism.

Without more oil production growth, the world is heading towards a supply crisis, yet few companies or countries can meaningfully grow their supply. If the Canadian oil industry were to successfully leverage carbon capture and storage with further process improvements, it could become the “global oil supplier of choice” producing one of the world’s most ethical and emissions-advantaged barrels, while negating many of the arguments around the environmental perils of future supply growth.

How would this be reflected in the valuations of Canadian oil stocks? Suddenly, the conversation of the terminal value of reserves would become moot and our status as having ultra long life reserves with low decline rates that allow for maximum return of capital, coupled with an emissions intensity advantage could allow for the return of capital back to the sector. What of the ability to attract ESG funds flow and the consequent trading multiple expansion back to historical averages?

The Canadian oil industry has a tremendous amount to be proud of, supplying the world its critical and growing energy needs while investing billions per year to do so in an even more environmentally responsible manner. The time has come for the industry to step up and shape its own narrative. To allow others to continue to tell fairytales of environmental maleficence that will ultimately stagnate Canada’s oil production growth potential and lead to willingly ceding market share to others who do not share Canada’s high environmental standards would be the epitome of idiocy.

Article
Eric Nuttall: OPEC will soon exhaust its spare capacity and U.S. shale lacks the ability to significantly grow in the years ahead
Peak demand? More like a supply crisis propelling oil to US$100
Sector Investments | Investor-Friendly
Article
Eric Nuttall: Should I be grappling with my own ‘existential threat’ as an energy fund manager with a focus on oil?
The time for climate debate has ended: governments around the world are all racing as quickly as they can towards decarbonization.
Sector Investments | Investor-Friendly