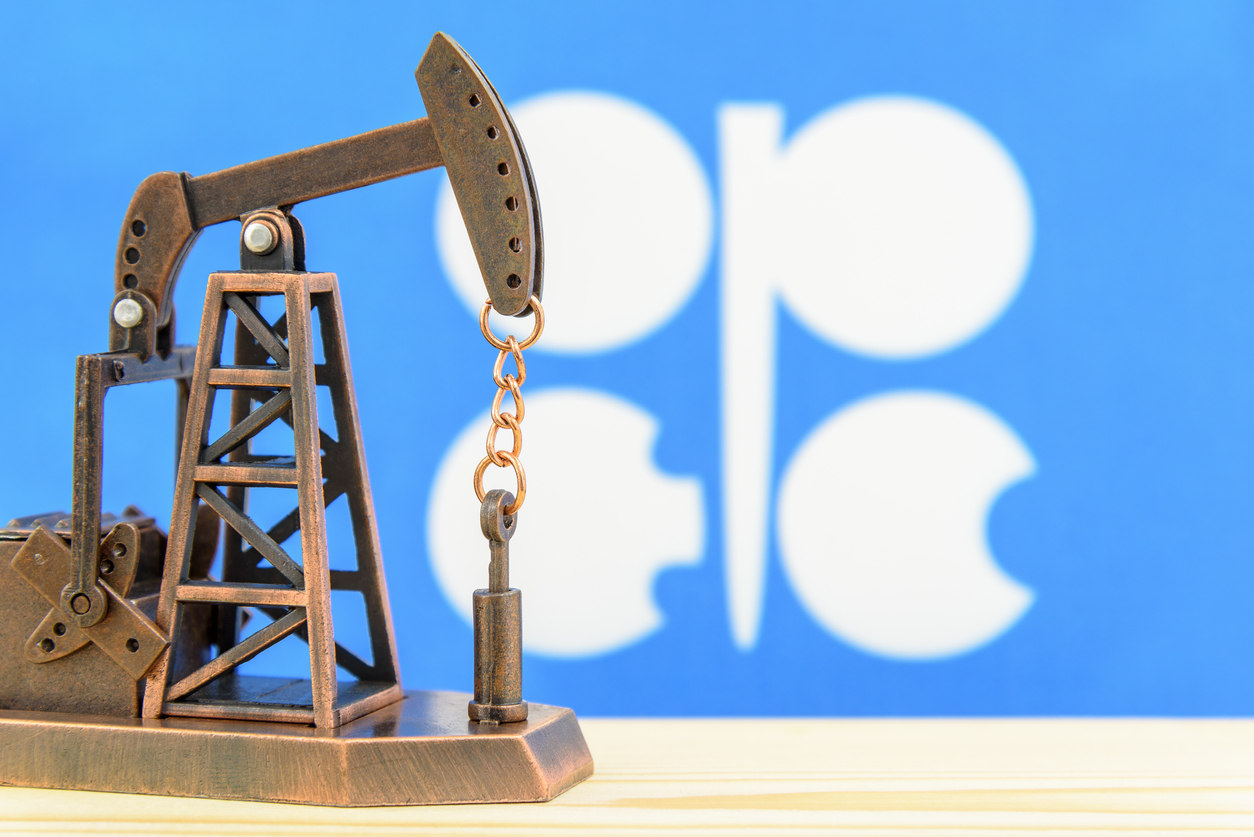 Imagine life without insurance. The constant worry of an unexpected accident, such as your house burning down or car getting stolen, wreaking financial havoc without the economic certainty that everything would be OK in the end. This is where the world is heading in the next several months.

The Organization of the Petroleum Exporting Countries’ spare capacity, the oil market equivalent of insurance, has since the 1960s been available to avoid severe price spikes by smoothing out periodic supply disruptions caused by geopolitical events.

Now, owing to too many years of insufficient investment, as the needs of social spending and sovereign revenue dwarfed those of investing in incremental capacity during a multi-year period of low oil prices, OPEC’s spare capacity is set to become exhausted. This imminent reality will be a watershed event and has enormous implications for the oil market that investors must urgently appreciate.

We have for more than a year argued the world was hurtling into an energy crisis of epic proportions that would result in a multi-year bull market for oil. Our bullish thesis had four basic tenets: persistent demand growth for at least the next 10 years, the end of shale hyper-growth in the United States, defined as shale production growth rates that no longer exceed global demand growth, stagnant production growth from the global super-majors resulting from eight years of insufficient investment and, finally, the exhaustion of OPEC’s spare capacity.

The hardest of these four core assumptions to prove by far was the last one. U.S. shale growth rates could be forecasted by talking with oil executives and modelling corporate cash flows. One could easily see that spending by the super-majors had peaked in 2014, falling to half of those levels today, while also being burdened by increasing pressures to decarbonize, so we could predict and model stagnant growth for years to come. And demand growth was boosted in the short term by the emergence from global lockdown, and is supported over the medium-to-long term by the realities that limit alternatives from reaching enough critical mass to meaningfully displace oil in the next several decades.

OPEC’s spare capacity, however, was the tricky one. Monthly data released by several different sources can vary wildly. Given the strategic importance of oil revenue to many Gulf States, hard data on productive capacity has at times been viewed as state secrets and either difficult to get or taken with some skepticism. How then can we be so confident that OPEC’s spare capacity is nearing exhaustion? Because they just told us so.

Last week, the Royal Bank of Canada hosted a spectacular energy conference in New York with the highlight being a keynote speech by Mohammed Barkindo, the secretary general of OPEC. That same night, I had the good fortune to have dinner with him, which to an energy enthusiast was the equivalent of a tech investor getting to hang out with Elon Musk. I found him to be a warm, insightful, soft-spoken and, surprisingly, straight-talking gentleman.

In his keynote speech, Barkindo warned that “OPEC is running out of capacity,” and that “with the exception of two or three members, all are maxed out.” Further, “the world needs to come to terms with this brutal fact” and that it is a “global challenge.”

It is difficult to describe the immense satisfaction that came on that day, to have one of the core underpinnings of our thesis, still wildly underappreciated by investors and the oil market alike, be affirmed by the head of OPEC.

Why is this so incredibly important? Well, what would happen if the U.S. Federal Reserve ran out of hard currency? It would just simply print more, with fresh bills sent to banks via armoured car the next day. For oil producers, the cycle time to produce more oil is measured not in days, but in years.

In May, Amin Nasser, chief executive of Saudi Arabian Oil Co., said it would take what is regarded as the most sophisticated oil company on the planet five years to grow its capacity by one million barrels per day. He was quoted by Reuters as saying, “If we could do it before 2027, we would have done it. This is what we tell policymakers. It takes time.”

With short-cycle U.S. shale set to grow at a fraction of historical rates, the world is now almost entirely dependent on long-cycle production, yet the global super-majors are entrenched in a multi-year period of stagnation due to too many years of underspending, and now OPEC, out of incremental capacity, is constrained by the very same challenge.

If Amazon Prime is the equivalent of short-cycle U.S. shale production with near-immediate delivery, then the equivalent of the long-cycle production of OPEC and the global super-majors is a slow-moving transatlantic cargo ship. It simply “takes time,” usually four to six years, to bring on large, very expensive projects. This is why we believe we are in a multi-year bull market for oil: it’s all about cycle time and the possibility that further demand growth may not be satisfied.

With oil inventories already at multi-year lows, demand back to pre-COVID-19 levels and structural challenges to supply growth, we believe oil prices will have to act as a demand-destroying mechanism, rising to a high enough level that kills discretionary demand, thereby balancing the market, while also staying there long enough to give the super-majors the confidence needed to start adequately spending again.

Given industry cycle times of four to six years, we believe that oil companies are set up to return egregiously high returns to investors for much longer than people realize, leading to a rerating from valuation levels that still imply the end of oil is nigh.