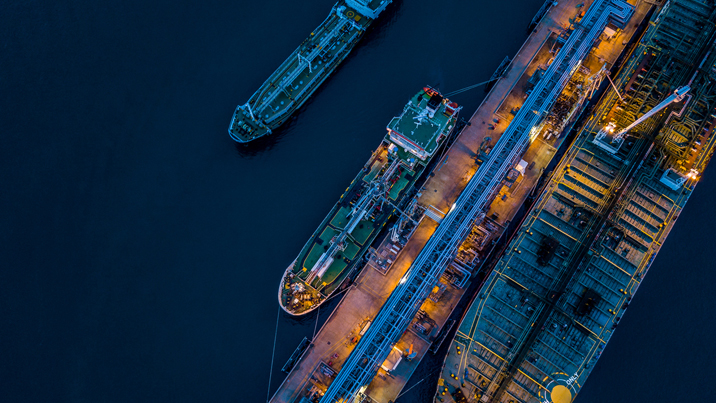 Eric Nuttall: OPEC will soon exhaust its spare capacity and U.S. shale lacks the ability to significantly grow in the years ahead

Peak demand? More like a supply crisis propelling oil to US$100

The world stands on the cusp of an oil supply crisis. Years of insufficient investment in offshore mega-projects combined with the end of U.S. shale hyper growth and a recent shift by global supermajors to preferentially invest in alternative energy over traditional hydrocarbons have resulted in an oil industry that lacks the ability to meaningfully grow its production in the years ahead.

Why does this matter when we read headlines every day prophesizing the end of oil due to the imminent mass adoption of alternatives such as hydrogen and electric cars?

This is our energy reality: the world is nowhere near peak oil demand. Global population growth of 1.2 billion people over the next 20 years combined with decades’ long runway for alternatives to reach critical scale mean that oil demand will grow for years to come.

Yet, the delusion of imminent peak oil demand is having a profound impact on the willingness of companies to invest today in large, extremely expensive projects that often take four to six years to come onstream and a further four years to recoup initial investment.

How can a CEO justify sanctioning a multi-billion dollar project that takes 10 years to reach payout when the demand outlook a decade from now is so uncertain? The fear of peak demand is leading to the reality of peak supply.

As a result of seven years of falling investment and given the hugely capital intensive nature of the oil business, global offshore production (about 1 in 4 barrels produced) has now entered a period where new projects cannot offset existing declines and at best production will stay flat for the next several years.

This significant loss of future capacity means the burden falls on U.S. shale and OPEC to satisfy demand growth, yet the ability of either to do so is hugely challenged.

While U.S. shale basins have in recent years acted as the global swing producer, the era of U.S. shale hyper growth is over. The failed experiment of unbridled spending due to unlimited access to external capital resulted in the incineration of hundreds of billions of dollars of shareholder equity and a subsequent investor-led change to shale companies’ very ethos.

The old model of massively outspending cashflow and chasing growth has evolved to underspending, which has led to the return of capital back to investors in the form of dividends and share buybacks. This profound change, combined with the depletion of much of the higher quality drilling inventory means that the future growth rate of U.S. shale will be a fraction of years past.

Why is this a watershed event for the oil market? Were it not for the rise of U.S. shale over the past 5 years, non-OPEC production would have been flat, while global demand grew by 6 million barrels per day. With no global offshore growth and U.S. shale at best meeting half of future demand growth, the remaining burden is squarely placed upon OPEC’s shoulders.

Yet, OPEC countries whose very ability to remain going concerns and satisfy their sovereign needs have struggled for years with insufficient revenue due to weak oil prices. Many had to deplete foreign exchange reserves, sell off stakes in crown corporations, and cut social spending, thereby risking regime change due to the violation of the unspoken social contract with their populaces. The least attractive use of scarce capital was investment in new oil productive capacity, especially in an era of low oil prices.

While the market is currently concerned with the eventual return of the near 6 million barrels per day of voluntarily curtailed OPEC production, given the stronger-than-expected rebound in global oil demand these volumes will be easily returned without disrupting oil balances by early 2022.

As a result of sovereign needs superseding the investment in new capacity once this curtailed production returns, OPEC will exhaust its spare capacity and lack the ability to significantly grow in the years ahead. I believe this milestone will rival the importance of the end of U.S. shale hyper growth and will mark the beginning of the multiyear oil bull market.

The road ahead is very different than the one energy investors have been stuck on for the past 5+ years. No longer possessing short-cycle supply, the world is increasingly reliant on long-cycle supply from either the supermajors who are no longer willing to sufficiently invest or state-owned oil companies facing financing constraints due to other sovereign spending priorities.

With global oil inventories having already nearly healed from the COVID-19 demand shock and with future production growth rates challenged, the writing is on the wall: the world is on the cusp of a supply crisis that I
believe will result in meaningfully higher oil prices likely to surpass US$100 in the coming years.

Given currently depressed valuations of oil equities, the coming boon in corporate cashflow and resultant ability to return egregious levels of capital back to investors could offer multi-bagger opportunities in the coming years.

Article
Eric Nuttall: Should I be grappling with my own ‘existential threat’ as an energy fund manager with a focus on oil?
The time for climate debate has ended: governments around the world are all racing as quickly as they can towards decarbonization.
Sector Investments | Investor-Friendly
Article
Eric Nuttall: Why investors aren’t late to the oil party
Obscured in the fog of energy ignorance is a generational investment opportunity. Divested, shunned, and largely ignored, oil and gas stocks have fall…
Sector Investments | Investor-Friendly