Portfolio manager Qing Ji was born and raised in China and, knowing her birth country, doesn’t expect the trade war with the United States to end quickly or easily. “I think the trade war will be quite messy and last long, because China is very strong,” says Ms. Ji, who works from the Vancouver office of Montreal-based Global Alpha Capital Management, an independent firm with about $1.5-billion in assets under management. 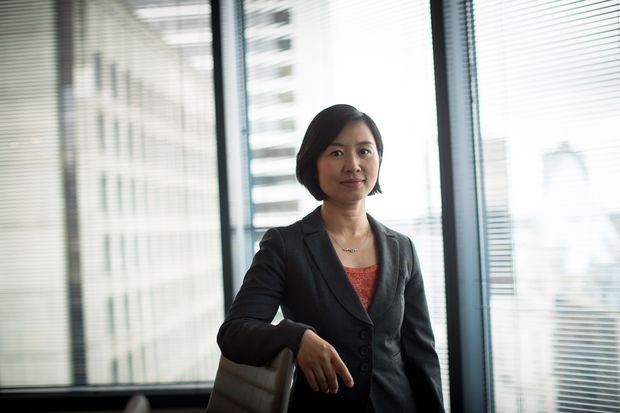 Despite the market volatility caused by U.S. President Donald Trump’s latest trade war, Ms. Ji hasn’t changed how she invests her International Small Cap Fund. By choosing to focus on corporate profits over market sentiment, the fund she co-manages has been beating the benchmark MSCI EAFE Small Cap Index. The fund returned 27.9 per cent in 2017 and achieved a 17.1-per-cent annualized return between 2010 and 2017, she says. That compares to a return of 24.3 per cent in 2017 for the benchmark MSCI EAFE Small Cap Index and 13.2-per-cent annualized return between 2010 and 2017. In the first quarter of 2018, her fund returned 5.4 per cent versus 3.2 per cent for the benchmark index.

Most of her clients are institutions, including pension funds, foundations, endowments, as well as retail investors through mutual funds offered by Connor, Clark and Lunn Financial Group and Ninepoint Partners, where Global Alpha is a sub-adviser. The Globe and Mail recently spoke to Ms. Ji about her investment strategy, themes and the international stocks she’s been buying and selling in recent weeks:

What concerns are you hearing from investors today?

There are three main concerns: Trade wars, in particular between the U.S. and China, fears of inflation and higher interest rates. More clients are also asking about ESG [environmental, social and governance] factors in their investments. It started with the institutions but we are also seeing more demand from advisers and retail investors.

How are you investing today, amid the market volatility?

Diversification is key. We haven’t changed our portfolio much in the past few weeks. It has a low turnover. If we have about 60 names, about 15 names will change each year. We like secular growth trends. Our five major themes are; consumers, demographics, environment, innovation and outsourcing. [One of the fund’s largest holdings is IWG plc, a Britain-based company that provides flexible office spaces worldwide, which fits into the outsourcing theme.]

What’s your take on where the markets are heading in the short term?

I think markets will continue to be volatile for the next few months. The U.S.-China trade war is headline news but we are focused on fundamentals. Our investment philosophy is based on corporate profits. Earnings growth has been high the past year and we believe that momentum will continue this year. We are cautiously optimistic.

In your view, how do international markets differ from North America?

I think North American markets are more efficient and valuations we can see are around historically high levels. I think international small caps will have more upside for two reasons; they are relatively undercovered and valuations are still attractive.

What stocks have you been buying and selling lately?

One of my latest buys was Japanese company DMG Mori. It fits well with our innovation investment theme. It’s involved in a lot of factory automation, laser technology, and 3-D printing. It’s the number one player in this niche market, with a 9-per-cent global market share. Another recent buy was FinTech Group, a Germany financial technology company [that trades on the Frankfurt exchange]. We like technology. We were looking for a financial name. It’s hard to invest in small-cap banks. We bought it after selling an Italian-based asset management company called Azimut Holdings. We thought FinTech Group had better fundamentals. We also recently sold CITIC Telecom International Holdings, a Hong-Kong based company. It changed its growth strategy … and we think it lacks focus now and the growth is less promising. Among these names, Azimut and DMG Mori have ADRs [American depositary receipts, which are stocks that trade in the United States but represent a specified number of shares in a foreign corporation], but the trading volumes are extremely light.

Name one stock you wish you bought?

Daifuku [a Japanese company involved in material handling systems such as conveyor equipment]. It’s involved in automation, which is a theme we really like. I met the company [executives] at a conference a year ago. It’s not our style just to see a name and jump in. We need to build conviction. The stock doubled in the past year. I got to know the name too late. Sometimes it happens that way.

This interview has been edited and condensed.