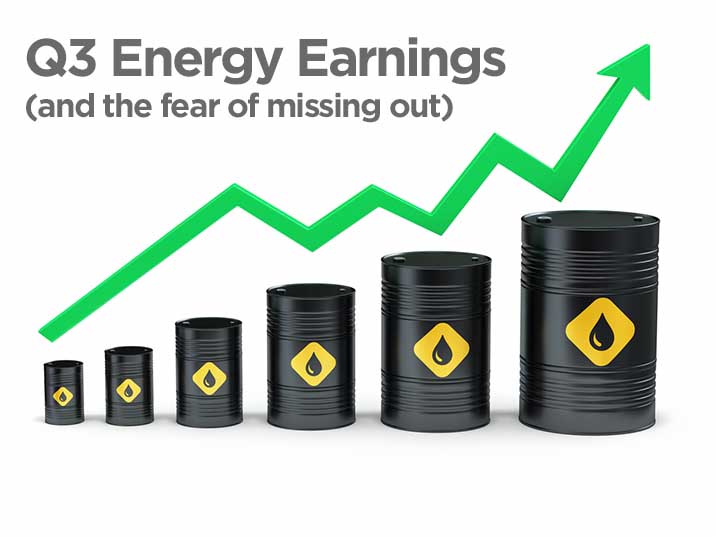 Q3 Energy Earnings and the Fear of Missing Out

He called for it. And in Q3 he got it. Ninepoint partner and portfolio manager Eric Nuttall has been calling on the energy industry to return capital back to shareholders in the form of share buybacks, and he sees that as a catalyst for stock price appreciation. “It's been two years of talk,” he points out, “and now we're finally seeing action. And so that consistent action on the part of the companies will further create performance anxiety amongst those investors who have avoided this sector to their performance peril, and that fear of missing out heading to year end sets us up very well for the Fall.”

The biggest companies in Canada are pledging next year to route 50% of free cash flow back to investors, and dividends are going up. That trend, Nuttall says, makes this sector both more investible, and makes the companies more attractive relative to other industries.

In the wake of the COP26 conference, energy ignorance, Nuttall tells the Alt Thinking Podcast, is shaping policy decisions and leaving investors with the perception that Canada's energy sector is a sunset industry. But it's a new morning in the oil patch. North American energy majors are reporting their highest Q3 production in more than 30 years despite fears of low supply and the lack of new production. Nuttall calls that “the fear of peak demand leading to the reality of peak supply” amid growing ESG pressures in Europe and elsewhere. Forecasts call for a multi-million barrel per day increase in global fuel demand. Industry players are reporting their highest Q3 production in more than three decades, and crude prices are expected to hold through the holidays thanks to the natural gas crunch in Europe.

Nuttal says governments need to outline a plan on how to reach net zero status by 2050. Meantime, less investment in hydrocarbons frees up capital to invest in global offshore wind turbines and and solar firms, et cetera” compounding the supply crunch. He points out, “you marry that pressure with the pressure now from energy investors saying, ``Look, it's been a miserable six, seven, eight years. We need to get paid and we need to get paid now.’’”

If Q3 earnings are any indication, it looks like investors are starting to get paid for their misery.