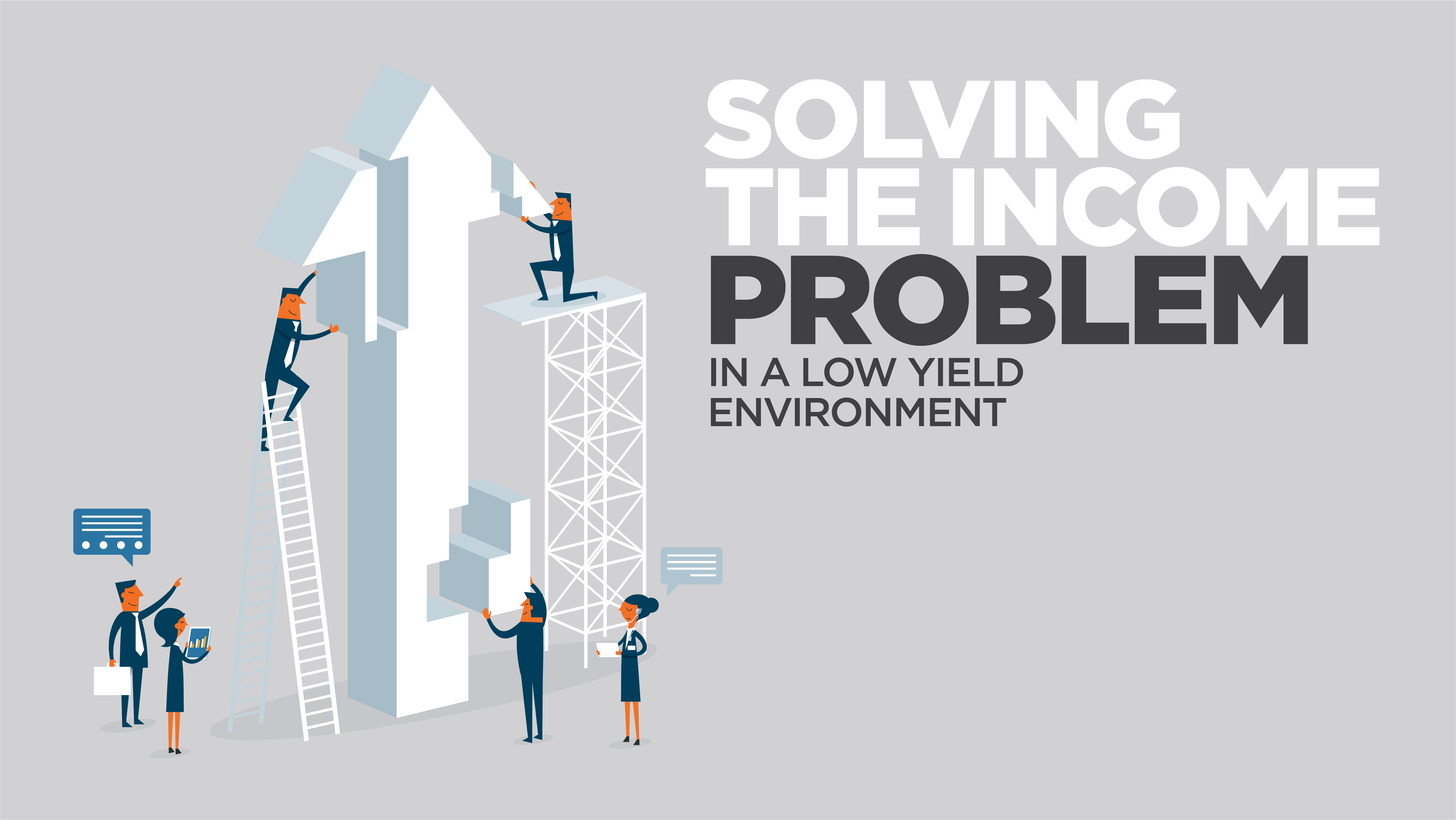 Solving the Income Problem in a Low-Yield World

“Canadians can be confident that borrowing costs
are going to remain very low for a long time.”

These remarks were made to the House of Commons Standing Committee on Finance, but the messaging has been consistent for the majority of 2020 and now into 2021. At press conferences and in the quarterly Monetary Policy Reports issued by the Bank of Canada, Governor Macklem has been resolute in telling prospective or current mortgage holders, and those considering making business investments that they should continue to have the confidence to do so as there are no intentions to raise rates any time soon.

While this is certainly welcome news for borrowers, for investors this exacerbates a long-growing problem: where do you get returns for your fixed income holdings in an ultra-low interest rate environment?

“Depending on where you are on the yield curve, government bonds are ranging from close to zero to barely more than one percent,” says Mark Wisniewski, Senior Portfolio Manager and Partner with Ninepoint Partners1. “If you go back to 2008, after the last crisis, government bonds still had a yield associated with them. So as ballast in a portfolio, they still made sense. The problem you have right now is that they don’t really yield anything.”

Are investors getting adequately compensated for the risk they are taking in traditional fixed income funds? With lower yields and higher risk, many investors are looking for a solution to this fixed income problem.

A passive bond index fund is managed against a very rigid set of rules and it does not have the latitude to deviate from those rules, even if doing so would be beneficial. For example, most bond indexes are capitalization-weighted. In other words, the more debt an issuer has, the more weight in the index it would represent. Let’s say an investment grade corporate bond issuer ran into some turbulence and chose to raise capital via debt  Issuances. The exposure of the company’s debt in the index would necessarily increase. But if that issuer also subsequently got downgraded from investment grade to high yield, the yield would rise and its bond prices would drop.

But to pour salt in the wound, an index fund manager might be forced to then sell those positions entirely and crystalize losses simply because the index rules don’t allow for the holding of high-yield bonds. So, these rigid rules first forced the index fund to increase its allocation to holdings that eventually had steep price declines thereby magnifying losses, and then further was forced to lock in those losses via forced sales.

An unconstrained active fixed income manager might see two opportunities in this scenario. They could trim the exposure to that company’s bond issues as the company raised more debt, but then opportunistically buy more later after the downgrade. “The default rate on investment grade companies is about a quarter of one percent. It’s nothing. A lot of them get downgraded, but very few of them ever default. In a lot of cases, they get reinstated to investment grade over the years,” says Wisniewski.

And because the bond index funds are so large, the supply of these “fallen angels” for sale all at the same time can flood the market, dropping their prices further. That’s when an alternative fixed income manager might pick them up at bargain prices. When Ford Motor Company’s credit rating was downgraded in March of 2020, Wisniewski says they were able to pick up 10-month debt from the company yielding 13%. Back in 2017 when Home Capital Group took a beating in the markets, Wisniewski was able to pick up one-year Home Capital bonds at 25%. Warren Buffett’s Berkshire Hathaway made a significant investment into the company a few months later and Home Capital Group’s fortunes rebounded handsomely. Adding even small exposures to opportunities like these go a long way to increasing the risk versus return trade off of an investor’s fixed income investments. “You have to do your homework. You have to be disciplined and we have a very significant risk management function on what we do. We don’t take big positions in any one company for that reason,” says Wisniewski.

Many investors fall into the trap of merely focusing on how much fixed income exposure they should have without looking at what kind of fixed income exposure they should have. Traditional fixed income funds often have narrow mandates. Unconstrained, active fixed income managers with a global mandate have the ability to offer higher returns with less correlation to traditional bond indexes because they have a deeper toolkit of strategies to pull from, such as the ability to tactically shift exposure to different fixed income asset classes around the world, adjust duration and credit characteristics of the portfolio, manage currency exposure with hedging strategies, and more.

Listen to the “Solving the Income Problem in a Low-Yield World with Mark Wisniewski” podcast, featuring host Michael Hainsworth.

Article
The Fear of Running Out of Money
Over the last 75 years, market drawdowns have been plentiful. The timing of drawdowns matter to a portfolio. They matter a lot.
Investor-Friendly
Article
The Liquidity Myth
If investors are averse to risk, in today’s investment environment it becomes more important than ever that they assign that risk appropriately.
Investor-Friendly | Liquid Alternatives | Private Debt | FX | Credit | Private Equity | Diversifiers
Webinar
Solving the income challenge